Air Chief Marshal Sir Michael Graydon was a fast jet pilot in the 1960's and 1970's, and a senior Royal Air Force commander in the 1980's until his retirement in 1997. As Chief of the Air Staff from 1992 to 1997 he advised the British Government on the implimentation of No Fly Zones in Iraq and Bosnia, and implimented the Front Line First initiative. Sir Michael Graydon has been President of the RAF Music Charitable Trust since its registration as a charity in 2004.

Having studied the bassoon for many years, Trevor McDonald taught music in Bangor, in Northern Ireland before joining the Royal Air Force as a bassoon player in 1976. He retired from his final position as Warrant Officer of The Band of the Royal Air Force College in 2008. 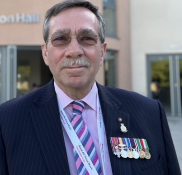 Malcolm Goodman studied the horn at the Royal College of Music in London and first joined the Royal Air Force as a member of the Central Band in 1975. After an extensive career both with the Central Band, Western Band and Band of the RAF Regiment and following his appointment as Public Relations and Marketing Manager for the RAF Music Services, he established the Royal Air Force Music Charitable Trust in 2003. Following retirement from the RAF in 2006 Malcolm was appointed to the new post of Music School Manager at Uppingham School in Rutland until his retirement in 2014. Malcolm was awarded the MBE from Her Majesty The Queen in 2001 and is Founder and Director of the Lincolnshire Chamber Orchestra, and Founder of the Lincolnshire Philharmonia Orchestra based at RAF Cranwell. 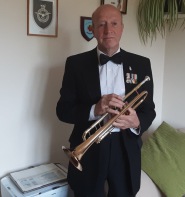 John Baigent joined the RAF Music Services as a trumpeter in 1971. He subsequently served in the RAF Southern Band (RAF Henlow), The Band of the RAF Germany (RAF Rheindahlen), The Band of the RAF Regiment (RAF Catterick) and The Band of the RAF College (RAF Cranwell). Retiring after 29 years’ service, having continued his employment elsewhere at RAF Cranwell in a civilian capacity, he continues to provide technical support for the band concerts at the Whittle Hall. As a trumpet player with various local orchestras and wind bands, he also has a supporting role with various other community organisations. 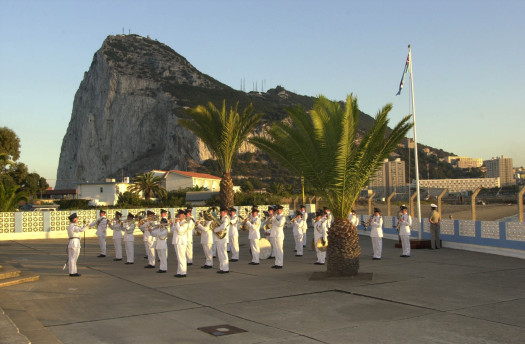